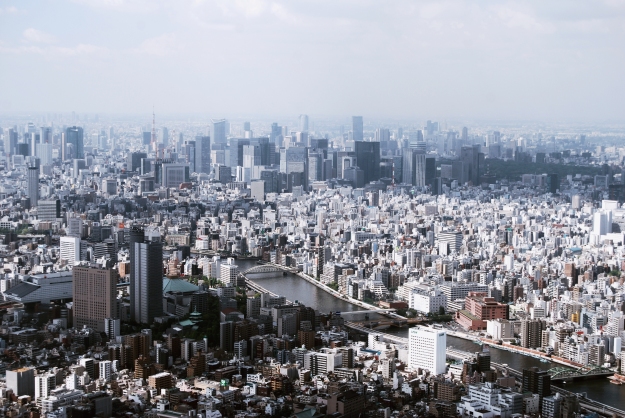 What can we say about state capitalism in the 21st century? The term “state capitalism” used to refer primarily to state-owned enterprises competing with privately-owned companies on an unlevel playing field. More recently though, state capitalism has evolved and now includes more sophisticated and subtle means of state involvement, which we call “state capitalism 2.0”. It relies on new organizational forms that represent innovative hybrids of state and private capital, spanning both local and foreign domains, oftentimes used by the state to exercise its foreign policy goals alongside conventional social and financial objectives. As defined in Wood and Wright (2015), it “… involves an increase in the role of the state, but in a non-Keynesian direction, with the role of national governments shifting, delegating the exercise of key state functions to private players, but retaining active financial support and the means to sustain firms whose profits may depend less on market competition, superior services, or innovation, than the ability to secure government contracts and patronage”. This new role pushes states into the Schumpeterian world of growth-by-innovation beyond the traditional scope of the state, such as funding innovation in the private sector, engagement in cybersecurity and data intelligence, to name a few. These developments raise fundamental questions about the extent and cross-national differences in state capitalism and its implications for international business and corporate governance research.

Recent research indicates variability in outcomes of state involvement. It all depends on how the state decides to be involved – indirectly or via state-owned enterprises (SOEs), with majority or minority stakes, via sovereign wealth funds (SWFs), military industrial complexes, public-private partnerships (PPP), or state-owned multinational companies, and the list goes on. The institutional context also plays a role in determining what works and what does not. For example, when it comes to state capitalism’s features, China’s Party Committees, township and village enterprises, Confucian ethics, quanxi networks or Russia’s oligarchic-state network structures are deeply rooted in the historical and cultural heritage and would not be easily deployable in another context. The institutional context also affects the choice of international transactions that involve state-owned assets – exporting when the state is keen to maintain whole ownership, setting up joint ventures with foreign partners in the home country, or investing in businesses in host countries. In many occasions states promote internationalization of SOEs to achieve political or economic security objectives, such as facilitating political relationships between countries, obtaining foreign exchange for the home country, or extending the sphere of influence exercised by the home country government.

The globalization of SOEs led to the emergence of state-owned multinational companies (SOMNCs) with state becoming a cross-border investor in a variety of ways, as highlighted in research by Alvaro Cuervo-Cazurra and colleagues (2014). The pro-market reforms of the 1970s that led to the privatization of many SOEs and the transition of communist countries to capitalism not only reduced the number of SOEs drastically but also changed their nature. Many of the remaining SOEs became partially state-owned or were subject to indirect influence via government loans, SWFs or implicit regulation. At the same time, they were given mandates to behave more like private firms and exposed to more competition. As a result, many became SOMNCs, but exhibited behavior that differed not only from private investors, but also from non-international SOEs. Thus, SOMNCs have become an interesting phenomenon to study.

Sovereign Wealth Funds (SWFs) have become key players in the global economy, collectively managing $6 trillion in 2014 and with their total assets having surpassed that of hedge funds and private equity combined in less than a decade. SWFs differ from traditional SOEs as their activities are oftentimes cross-border as they invest outside their country of origin for a complex range of motives, from serving as a financial tool of diplomacy through to mitigating the negative consequences of the oil-dependent economies. They are primarily large investment organizations without pension liabilities that pursue long-term investment strategies. In his recent research, Mike Wright explored the implications of these different types of SWFs for the governance and performance of the firms in which they invest (Wood and Wright, 2015). Their portfolio organizational structure allows SWFs to have a better separation of management and control. However, SWFs are reluctant to engage in active governance, especially when the portfolio firm is foreign. To some extent this lack of involvement alleviates concerns that SWFs may pursue objectives other than profit maximization, such as political objectives or even tunneling.

Networks of private and state actors

State capitalism in emerging economies is characterized by extensive and dense state-business networks, in which business organizations develop and manage multifaceted relations with government organizations, politicians, and their cronies. Pei Sun researches China (Sun, Mellahi, Wright and Xu, 2015; Sun, Hu and Hillman, 2016) as an example of how country-specific institutional conditions determine which forms of state control emerge in a country where the role of state is particularly prominent. His research shows a mixture of state capitalism and crony capitalism in China and explores how value is created and captured in state-business networks.

The governance of SOEs: board composition and independence

The adoption of best corporate governance practices in state-controlled firms remains quite limited. The work of Anna Grosman focuses on board composition in SOEs and oligarch-owned firms (Grosman, Aguilera and Wright, 2015) in Russia. SOEs in Russia lack expertise in entering foreign markets and also in developing new markets. Are foreign board members attractive because their networks and human capital facilitate foreign entry, i.e. do they perform a value-adding rather than monitoring function? Based on a unique dataset of Russian listed firms, Grosman investigates how board composition may affect investment behavior. She finds that SOEs with foreign listings benefit less from independent directors, having adopted a large number of governance mechanisms to gain legitimacy prior to listing. Conversely, in SOEs listed only locally, independent directors engage in monitoring to a greater extent, to compensate for the institutional voids created by the lack of state monitoring. Across all firms, foreign independent directors are found to be influential, while foreign affiliated directors exercise little influence on investment behavior.

State-owned enterprises (SOEs) remain widespread despite privatization reforms and the prediction that they should underperform comparable private firms in terms of profitability and efficiency. The research of Sergio Lazzarini is built on a novel dataset of listed SOEs, both majority- and minority-owned, covering 22 industries and 66 countries (1997-2012) to evaluate performance of SOEs across countries with different institutional environments (Lazzarini and Musacchio, 2015). He finds that SOEs are not universally inferior to private firms, but typically exhibit performance gaps when faced with negative environmental conditions that expose their constraints to optimize and adjust. These gaps are less frequent in the case of minority SOEs, and majority-owned SOEs generally have larger gaps especially during economic crises.

The emergence of new forms of state control poses many interesting research questions that scholars of international business and corporate governance are only starting to explore. Future research should go beyond traditional views of state control to enrich our understanding of new, subtle forms of state capitalism from both national and comparative perspectives.

This blog is based on research presented during the Personal Development Workshop at the Academy of Management Conference in Anaheim, US on 6th August 2016, conjointly with Alvaro Cuervo-Cazurra, Sergio Lazzarini, Pei Sun, Ilya Okhmatovskiy and Mike Wright.

Grosman, A., Aguilera, R., & Wright, M. 2015. The good, the great and the independent: Implications of board and ownership structures on investment, Academy of Management Proceedings, 1: 11451.